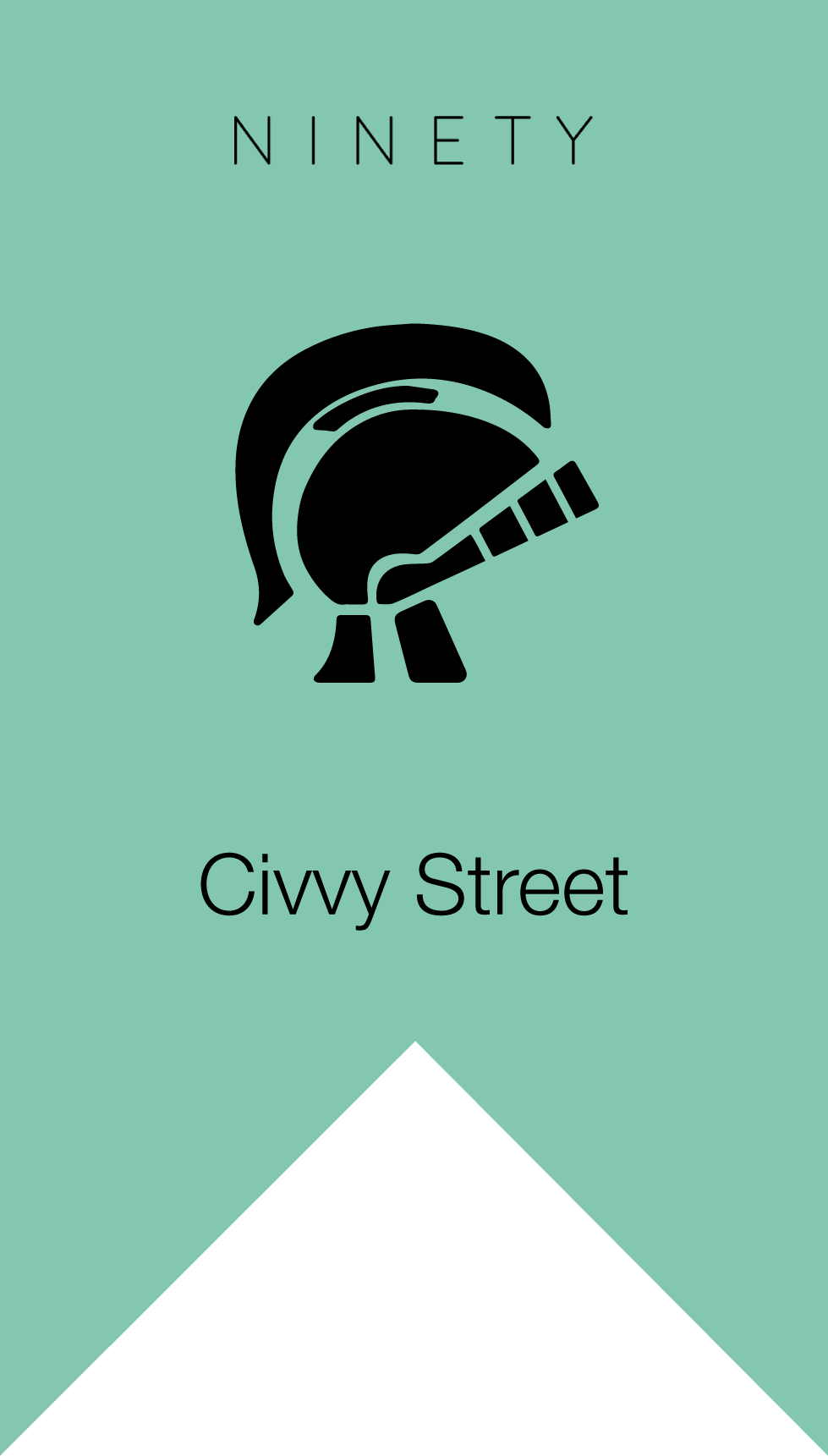 How to make an honourable discharge back into civilian life.

In the 1994 film classic Forrest Gump, Gary's Sinise's character, Lieutenant Dan, for which he was nominated for the Academy Award for best supporting actor, tells Forrest: “we all have a destiny, nothing just happens. It's all part of a plan.” Lieutenant Dan's narrative arc in the film goes on to not only prove his point, but also highlight the difficulty of adapting to Civvy Street after life in the military (albeit by way of an extreme caricature, it must be said!).

After losing both his legs and eluding the family tradition of being killed in service, Lieutenant Dan becomes bitter and angry at Forrest for saving his life. He begrudgingly joins our hero’s shrimping boat venture, in honour of their fallen comrade, Bubba. The duo form the Bubba Gump Shrimp Company and invest some of their profits in “some kind of fruit company”, which just so happens to be Apple.

Lieutenant Dan and Forrest become self-made millionaires in the process. But, more importantly, Lieutenant Dan eventually makes peace with his lot and thanks Forrest for saving his life. So what does this have to do with finding a fulfilling career after leaving the military? Well, for one thing, it highlights just how tough the transition can be. Particularly if you’ve been discharged from the career you love due to forces beyond your control, like a physical or psychological injury.

It also underscores the fact that the pursuit of happiness can lead you down some unexpected paths. From the US Army to a shrimp boat isn’t the most obvious career switch, but it was the right fit for Lieutenant Dan. He may never have realised that had he have not followed Forrest’s lead and ventured into the unknown. Having the support and guidance of a trusted confidante cannot be underestimated in these types of situations.

Leaving the armed forces can be a daunting prospect after years of structured and regimented living. The overnight loss of the comradery, friendships and sense of purpose can be jarring to say the least. Re-entering the comfort and comparable mundanity of civilian life can take its toll if not handled properly. According to the government, around 20,000 personnel leave the services every year. This can either be due to a natural end to their commission, redundancy or medical discharge.

Anyone leaving the services is given access to tailored support and advice, often years before they're discharged, to ensure they're as well-prepared as possible. The Career Transition Partnership provides resettlement services for those leaving the Royal Navy, Army, Royal Air Force and Royal Marines. It also acts as an intermediary for employers seeking to hire service leavers. Although the CTP has helped over 170,000 personnel with the tricky transition back to civilian life, those numbers don’t entirely stack up. Clearly, there are still tens of thousands of discharged military personnel who go it alone.

We’ve heard first-hand accounts from those within the CTP itself that the service is underfunded and struggles to engage with service leavers to the extent they would like. In which case, there is certainly a gap in provision, a hole in the system if you will, that many ex-military personnel seem to be falling through in their thousands. So what’s the answer? Well, NINETY can bridge that gap, helping service leavers to not just find a job, but to use their military experience to its maximum and land the best job they’ve ever had.

Leaving the services can often feel like starting from scratch again. After a career spent pushing through mortal fears, reintegrating into society can be scarier than frontline action for some people. But as daunting and anxiety-provoking as this transition can be, ex-military personnel have countless transferable skills to offer prospective employers. Skills like leadership, teamwork, discipline, maturity, and being able to take on responsibility.

Many servicemen and women talk passionately about the sense of purpose and pride they felt whilst fighting for their country. Being in the services is quite literally a life of service. When you strip that sense of service and purpose away, what’s left? You become just like any other person in the street. Add in injuries, PTSD, the grief of losing close friends, and the process of adapting to Civvy Street can become even more challenging.

Redrawing the line of duty

It’s entirely possible to find that purpose again, though. To find a deep sense of duty and service. Hitting on something that motivates you to get out of bed every morning and give it your all is possible. NINETY’s team of career coaches work with service people from all walks of military life, helping them to carve out a fulfilling role in civilian life. The 90-day programme can give you the regimented support and structure you need to zone in on the things that really motivate and inspire you.

Leaving a life in the services may come with a loss of identity for some. Our role is to help you to retain your sense of identity and grow into your second life. Taking with you the many skills, attributes and experiences you’ve amassed and empowering you to pour those into a career that fills you with passion. In fact, the three-part process of the NINETY programme – “Ready, Aim, Hire” – is highly relevant for anyone leaving the services.

Our career coaches will help you weigh up your career options, working out (based on your military experiences) what the best job you’ve ever had so far actually looks like for you. We’ll then create a strategic plan – together – to get you ready for the next phase of your career.

We’ll then help you take aim with a compelling story that demonstrates your advantages over the civilian competition, tailoring your CV, LinkedIn profile, exit statement, bio, video CV, and all the other career tools needed to support your transition. We’ll also work on your online visibility, expertise, and building a career support team.

Finally, through the hire phase, we’ll support you in the field when you’re out there trying to land the best job you’ve ever had. We’ll help you to find the right opportunities, sell yourself to recruiters, apply for the right jobs, prepare for the interviews, dissect them afterwards, and negotiate the right package for you.

Many organisations and industries value the skill set offered by ex-military servicemen and women. The world really is your oyster, with career prospects open to you in everything from healthcare to defence contracting, IT, financial services, education, and law enforcement, to name but a few. The trick is finding one that suits you. Which one is going to press your buttons, fit your lifestyle, and motivate you to give it 110%? This is where NINETY comes in.

“Life is like a box of chocolates,” as the famous line goes. “You never know what you’re gonna get!” Be as that may in certain aspects of your life. With a little concerted career planning, you can minimise the uncertainty and become the master of your own destiny. NINETY’s career coaches can be the trusted confidantes you need to find the best job you’ve ever had (including your military career!). If you’re eager for extra support on your journey back to Civvy Street, drop us a line – we’d love to hear from you.